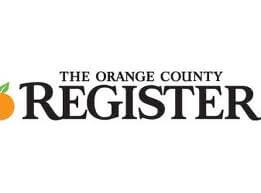 Dot Thousand and Beverly Elias’s eyes widened as they stepped inside the lobby of Vivante, the new luxury retirement community in Costa Mesa.

Walking in the lobby was like entering a high-end hotel. The lobby boasts an open contemporary designed layout with high ceilings, a black grand piano, a 1,000-gallon saltwater aquarium, and attentive staff catering to the needs of residents and visitors.
This wasn’t the stereotypical drab retirement community.
This was the Ritz transformed.

“It is certainly a real nice place. I’m overwhelmed,” said Thousand, a 91-year-old Newport Beach resident.
Thousand and Elias were among about 400 people who recently took a peek inside the community, ahead of its grand opening Oct.15.

With amenities that rival five-star hotels, seniors who can afford it will have an opportunity to spend their golden years at Vivante surrounded in opulence and comfort. The new $62 million, 185-unit retirement community highlights the latest trend of real estate developers building developments for the growing population of seniors looking to retire in a deluxe setting.

“No more linoleum floors and fluorescent lighting,” said Chris McGraw, senior research analyst at the National Investment Center for the Seniors Housing & Care Industry (NIC). “Most nursing homes and assisted living developments are now having a residential home-like feel, and the high end ones are more resort-like.”

Experts believe the demand in senior housing is expected to balloon in the coming decade. According to the National Institutes of Health, an estimated 72 million people will be 65 years or older by 2030.

In Orange County, there are two senior communities including Vivante that are currently under construction that will add 385-more-units to the current 10,700 units in the area, according to the NIC.

The main difference between traditional retirement communities and Vivante is that the latter aims for the growing housing needs of the prosperous baby boomers and seniors, and affluent local residents looking for a place to care for their retired parents, said Cory Alder, president of the Nexus Companies, the firm that developed Vivante.

The 100,000-square-foot retirement community is centrally located in the Newport-Costa Mesa area known for its affluent residents and high priced living.

“We wanted to build something of high quality,” Alder said. “We know this community. There are a lot of successful and wealthy people in the area, who want to continue the luxurious lifestyle that they’ve built for themselves.”

The development is ideally located just a half-a-mile away from Hoag Hospital Newport Beach and about a mile away from the Pacific Ocean, said Alder.

Nexus purchased the lot in 2005, and initially, planned to build a condominium complex for the surf-wear industry but that market dried up at the height of the recession.

Alder said he and his partners at Nexus then turned their attention to building a senior housing and retirement community. Vivante is Nexus’ first foray into developing senior communities.

Vivante broke ground in 2012. The development has already received three awards from the National Association of Home Builders.

Luxury living at Vivante, however, comes at a steep price.

Vivante officials said half of the 185-units are pre-leased.

Here’s a list of amenities residents staying at Vivante should expect: